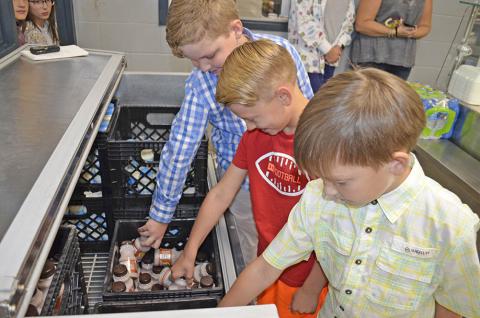 Bart Shannon, who is director of the CNP program for Winston County Schools,  stressed they have been able to work together within the system to resolve immediate shortages.
“We appreciate what Borden (Dairy) has done for us. We hate to see them go, but we’re currently in the process of sending out bids to establish a new vendor to take their spot,” Shannon stated.
Shannon noted he was aware of incidents where high schools were able to supply milk from their reserves that offset any shortages at the elementary schools.
“We have had no students at this point who wanted a product that had to go without one,” Shannon pointed out.
“Our schools have worked together as they have needed, to make sure we get that taken care of,” he added. “I hope we are headed in the right direction.”