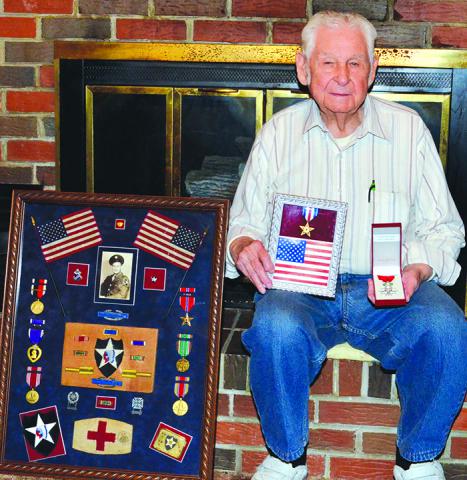 Double Springs resident Jack Baldwin with many of the medals he received for his service during WWII, including the French Legion of Honour.

Editor's note:  In commemoration of today, June 6, being the 75th anniversary of the Allied invasion of France - known as D-Day, we are posting an article that ran in the Alabamian approximately five years ago.  The article is about Double Springs resident Jack Baldwin, who received the French Legion of Honour for his role in helping to liberate France from the Nazis.  The article includes Baldwin's personal recollections of landing at Normandy on D-Day.  Please note that the dates within this article reflect the timeframe when it was written five years ago.