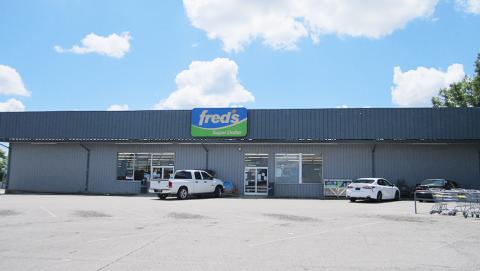 Fred’s Inc. announced Friday, July 12, it would be closing 129 stores nationwide, including the Haleyville location, including 11 others in the state.

"While it is never easy to make decisions that impact our valued employees and customers, this initiative represents another necessary step in our continued efforts to stabilize our business by simplifying our store portfolio and product assortment," Joseph Anto, CEO of Fred’s, issued in a statement.

"I’m devastated  that we are losing that store,” Haleyville Mayor Ken Sunseri said. “They have been very good corporate citizens.”

In December 2016, Fred’s announced a merger deal with Rite Aid and Walgreens, but the plan fell through in June 2017, when Rite Aid and Walgreens nixed it. The two companies dropped the merger in the face of inspection from United States antitrust regulators, who regulates conduct and organization of business corporations. This left Fred’s in a no-win situation. Even after cutting costs and trying to keep the business in black, profits were still lacking, resulting in these closures.

The date of closing for Fred’s in Haleyville has not been announced as of press time Monday. Messages to District Manager Brian Cooper have gone unreturned. However, it was learned management at the local store was told the closing will be in 30 to 45 days.

Some shoppers were stunned the store was closing, while some had an idea it was going to happen.

“I shop here a lot,” Customer Derrick Flanagan said. “I hate to see it go.”

“I like the prices here,” another shopper said, “but I have been seeing things on the shelf not being replaced the last three weeks. I knew it would be closing.”

“Fred’s has better prices than Dollar General on some things,” another customer, Dewayne Dodd, said. Dodd indicated however, when Fred’s closes, he will be buying from the other retail places like Dollar General, Dollar Tree and Wal-Mart.

The closing of Fred’s will not affect Fred’s Pharmacy in Haleyville.

Two companies, Malfitano Advisors, LLC and SB360 Capital Partners, have inked deals with Fred’s to help with clearance and sales in the stores which are closing. A “going out of business” sale will ensue according to the press release.

Others on the list for closing in the area are the Guin, Jasper, Red Bay and Vernon locations.