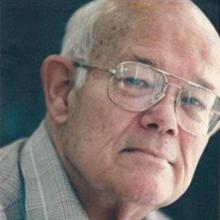 William E. (Bill) Lakeman, 94, of Haleyville, passed away Thursday, January 14, 2021. He had a 40-year career working for Delta Air Lines and Eastern Air Lines in Dallas, Birmingham, Atlanta, Charlotte and Miami. After retirement he moved back to Haleyville for his dream job…running the Dixie Theatre with his cousin Jack Lakeman. He was also a member of First United Methodist Church in Haleyville.

Private services will be held.

He was preceded in death by his wife Jewel Jackson Lakeman and his wife Rose Murphy Lakeman.

In lieu of flowers, please make memorials to the Haleyville Health Care Center, 2201 11th Ave, Haleyville, AL 35565. Note that the donation is for the activities department.

You may leave online condolences at pinkardfh.com.