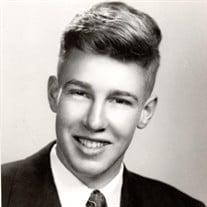 Roderick Hillman Hooper, 88, passed away Thursday, June 10, 2021, at his home in Double Springs.  A memorial service will be held at a later date.  Pinkard Funeral Home is assisting the family.
Rod was born Dec. 7, 1932, in DeTour Village, Mich.  He spent a happy youth roaming the open spaces of the eastern Upper Peninsula, hunting, fishing and camping.
He proudly served in the United States Marines because it was his duty.  Since he enlisted near the end of the Korean War, for that reason, he did not see combat.  After graduating from the University of Michigan, he worked in computer science as a programmer.  One of his first jobs was calculating missile trajectories for Vandenberg Air Force Base in California.  The highlights of his career include working on one of the first message passing networks and designing a three-dimensional graphing program that preceded Google Maps.
On the domestic front, he built the family house and built almost all of the family’s furniture.  He spent many happy times with his family sailing, hiking, swimming, camping and playing tennis.  We will miss almost everything about Rod, but especially his honesty, sense of humor, fairness, intellect, courage, fortitude and resilience.  He was a proud liberal and loved a good argument.  He died from complications of Pick’s disease, a form of dementia.
He was preceded in death by his parents, David Hooper and Christie McLeod Hooper; sister, Donna Hooper; nephew, Roderick Hooper; brother-in-law, Art Kelley and sister-in-law, Carole Hooper.
He is survived by his wife, Betty; sons, David, Roy and William (Claudia); brother, David Hooper; sisters, Kristen Kelley and Merlaine Angwall; grandchildren, Dylan and Thiago and a host of other family members and friends.
The family would like to thank the staff at Pinkard Funeral Home for their assistance and everyone who called or visited.  Words cannot express how much each of you is appreciated.
You may leave online condolences at www.pinkardfh.com.