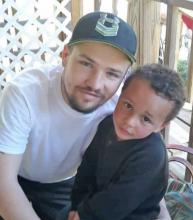 There will be a memorial service Saturday, October 2, 2021 at noon at Cornerstone Church of God in Red Bay.  Pinkard Funeral Home is assisting the family.

He was preceded in death by his grandfather, Wendell Brown.