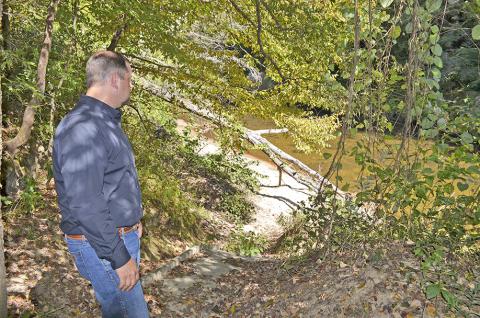 Winston County Extension Agent Zack Brannon shows where the old canoe trail has broken off and fallen several feet. The trail itself is overgrown with weeds and forest growth.