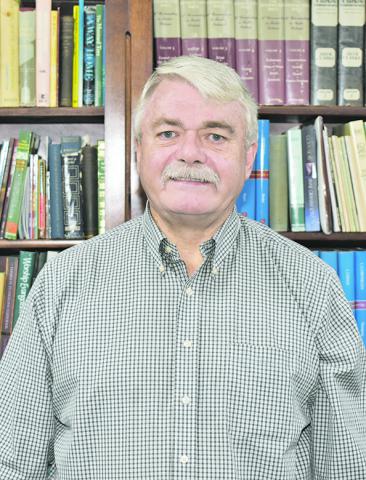 DOUBLE SPRINGS - It has been five-and-a-half years since Don Smith stepped into the role of director of missions at the Winston Baptist Association in Double Springs.  Although he had planned for three-and-a-half more years in this position, he has decided to retire. His last day is officially tomorrow, Dec. 31.

This past summer, Smith was re-examining how things looked, and with the hope of COVID-19 winding down, he decided it looked to be a good time to retire, though he is not leaving the ministry entirely.
“I’ll still continue to preach, but will not be serving as director of missions from here,” Smith said.
Located on the other side of the state about 10 miles north of Guntersville is a small town called Grant in Marshall County near Cathedral Caverns. Smith and his family will be leaving Winston County and settling in Grant, a town with a population size between Addison and Double Springs. One thing Grant is known for is the Kate Duncan Smith Daughters of the American Revolution School, the only K-12 school owned by the DAR.
“My wife and I purchased property two and a half years ago in Grant to have for when we retired rather than waiting until we retired and then try to find something,” Smith explained. “We’ve been in the process of remodeling the house over this time period and just about have it finished. We’ll be moving in at the end of the month. We’re looking forward to getting to know the area and folks.”
This will be Smith’s second retirement, as he served with the North American Mission Board, where he retired from to begin serving at the WBA.
“Being here allowed me to be close to my parents,” Smith said. “I had three brothers who all had passed away, so mom and dad needed someone to be available to help take care of things. God, in His providence, opened the doors for me to come here.”
Smith was born in Detroit, Mich., but he was raised in Jasper on Airport Road. His parents had purchased a small, two-bedroom house. As more children came along, the house was expanded.
“When my mom passed away two years ago, we sold the house,” Smith mentioned. “But every time we drive by, that’s my childhood homeplace.”
The biggest accomplishment Smith achieved while serving as the WBA’s mission director was the construction of the organization’s new building, located on Highway 195 in Double Springs where the prior building was. The reason the old building was torn down was due to structural damage. It also had black mold within. The new 6,600 square foot building was officially opened Aug. 4, 2019.
“The search team interviewed me, and I had a background in construction,” Smith explained. “It helped in mission projects. They asked if I would help them to construct a new building. We were able to stay on the same plot, just move to another location. We got a geological engineer to survey the property and found a suitable spot.”
Phillip Twilley, pastor at First Baptist Church of Double Springs agrees the building was a major accomplishment, though he commends Smith on his disaster-relief promptness, as well.
“Southern Baptists do a lot with disaster relief where they help people after hurricanes, tornadoes and things like that,” Twilley said. “He was very prompt on disaster relief whenever there was a tragedy in our country. We appreciate his willingness to serve.”
Some of Smith’s other accomplishments include the building of relationships between member churches and the people, Smith mentioned.
“It’s such a blessing,” he said. “The people and churches in the WBA have been so open and friendly. I thank God for them. They’ll always be precious in my memory.”