PHS loses to Hackleburg in homecoming 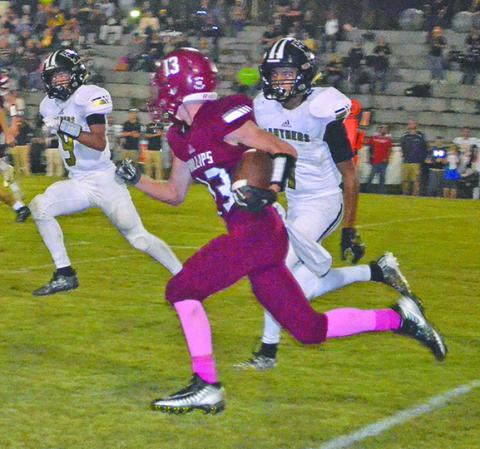 Phillips’ Hayden Kelley is on the run after an interception.