Haleyville first city in Alabama to utilize Report It® app 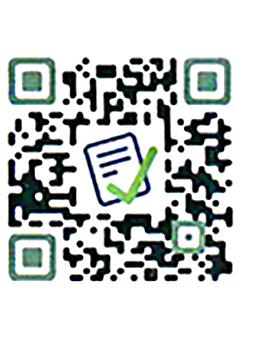 HALEYVILLE       -  A new method of  communication between the public and the City of Haleyville goes live this week, creating an easy way to report suspicious activity or any form of safety concerns to the proper authorities.
Haleyville has become the first entity in the state to go online with report it®, an app which can be downloaded onto a laptop or phone, giving easy ways to send reports.
Report it® is a platform to anonymously report safety concerns, give crime tips or quality of life issues directly to the Haleyville dispatch center, Haleyville Police Department and the mayor’s office.
There are  three ways to get the app.  Text HALEYVILLE to 63975; go to www.reportit.com and enter the code HALEYVILLE or scan the QR code included with this article, noted Lt. Eddie Collins, police department investigator.
Collins explained that Haleyville became interested in the report it® app after they were contacted a few months ago by someone who had read an article in the Alabamian about efforts to set up a community watch program. The person, who was in New Jersey, owns report it®.
“It is basically a tip line,” said Collins. “After speaking with these individuals, we realized we were the only municipality in the state of Alabama who has this.”
When sending a message with report it®, that information not only goes to the police department, but can also be shared with the street department, water department, fire department or park and recreation department, depending on the type of concern  or report it is, police explained.
Once the app is downloaded, the main screen gives the option of the user putting in HALEYVILLE as the code or to click on the City of Haleyville icon at the lower part of the screen.  The next screen that comes up will alert the user if the issue which he or she is reporting is an emergency, 9-1-1 should be called first.
If it’s not an emergency, the community tip line screen then comes up, giving the user the option of selecting from a list of incident categories, including three options under police: suspected drug activity, suspicious person/vehicle or traffic control request.
Three options are listed under the street department:  reporting a road hazard, debris to be picked up or a street sign down or missing.
The option for the water department is reporting a possible leak with the option for the fire department requesting the user report any fire hazard.
Another option to click is other, which allows the user to report anything that may not have been included under the earlier options, according to police.
Once the user clicks on any of the above mentioned options, a screen will come up featuring a boxed-in area where they can type in requests or report an incident.  A  picture of any of these types of reports can be uploaded along with the text.
The app will ask the user if he or she is a citizen, business owner, city employee, visitor or other.  Whether the user  gives his or her name or remains anonymous, the information he or she provides will still reach the appropriate areas  instantaneously after they type in the report and click submit.
All submissions, regardless of topic, will be sent automatically to Police Chief Rodney Lewis, Mayor Ken Sunseri, the Haleyville dispatch or Investigator Collins.  They will take care of the issue directly or send it to the appropriate department.
The police, fire, water, street or park and rec will  respond back by email that they received the message and will follow up based on the report submitted, police explained.
The user can remain anonymous or can provide contact information.
“If you ask to remain anonymous, we can still go into our dashboard and report back to you. We won’t know who you are,” Collins pointed out.
If authorities need more information after the submission, they will email the person making the report, he added.
“Say you are reporting a suspicious vehicle in your neighborhood, and you say it’s a blue car, I may send back, ‘do you know the make of the car?”’ Collins continued.
Report it® is more convenient than calling and tying up a dispatcher’s phone when other calls are being received.
“This is a tip line for long-term stuff,” Collins noted. “If you are suspecting drug activity in your neighborhood,  it gives you a source where you can sit in your living room and send me that information and don’t even have to tell me who you are,” said Collins.
“Being an outside reporting (tool), this is going to reach the kids,” stressed Lewis. “Are kids going to abuse it? Absolutely, but we may get kids sitting in the parking lots on weekends (using the app). It’s a whole lot easier using that app.”
Lewis said some young people can use the app to report any drug activity they may witness.
“We’re hoping we get a lot more information than what we normally get,” Collins added.
Police ask users  to be as specific as possible when submitting information, but keep it simple and short. In other words, they need to give the basic details of who, what, when and where,  Collins explained.
“It’s a tool to help people, not to play games on,” he emphasized. “It’s a great tool, if it’s used properly.”
Lewis noted the city did quite a bit of research on report it® before the program was purchased.
Sunseri believes report it® is an exceptional tool to allow residents to assist the city.
“We can’t be everywhere all the time,” Sunseri said. “So their eyes and their notifications will assist us to improve the services we provide the community.  This is an essential tool I think will benefit all of us.”