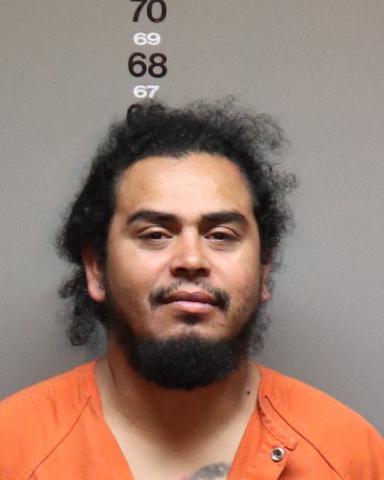 ARLEY        - The report of a male subject shooting a gun and a female subject possibly shot inside a car at Duncan Bridge Campground Jan. 22, led the Arley Police into an altercation with the subject in order to disarm him.
Zelaya Cerrato, 37, of Honduras, has been charged with domestic violence second degree, menacing, resisting arrest, reckless endangerment, public intoxication and disorderly conduct, according to Arley Police Chief Jerry Cummings.
Cerrato was transported to the Winston County Jail in Double Springs, where he made an $18,000 bond and was released, according to Cummings.

When the call came out,  Cummings was the first to respond to the scene located off County Road 41, finding a female subject in a vehicle trying to drive out of the area, but that Cerrato had been firing a gun into the ground, Cummings learned.
“She was not shot,” Cummings confirmed.
The female subject informed Cummings of Cerrato’s whereabouts, then waited for  response from the Winston County Sheriff’s Office to question her, Cummings added.
The police chief drove around to the back side of the campsites in search of the armed subject, he said.
“I got out of my car, walked down there. Coming around the corner, he has his gun in his hand,” Cummings recalled. “I drew my weapon and gave him orders to drop the gun, repeatedly.”
Cerrato was pointing the .22 rifle in the direction of Cummings, when the chief gave him the verbal commands, the chief said.
“He never would drop the gun,” noted Cummings. “What he did was stick the gun up in the air.” Cerrato did not shoot the gun into the air, the chief confirmed.
“I got about two feet from him, holstered my gun, took him down, put him on the ground, got his hands behind his back and cuffed him,” Cummings pointed out.
Cummings got the rifle away from Cerrato and informed dispatch that the situation had been brought under control, he said.
“Anytime you are messing with people that are shooting guns or have got guns in their possession, as law enforcement, it can get dangerous for either side,” Cummings pointed out.
The Winston County Sheriff’s Office and Addison Police Department responded to the scene to provide assistance, with WCSO Deputy Sam Kelly serving as arrest officer.