Pendley refutes each allegation made against him 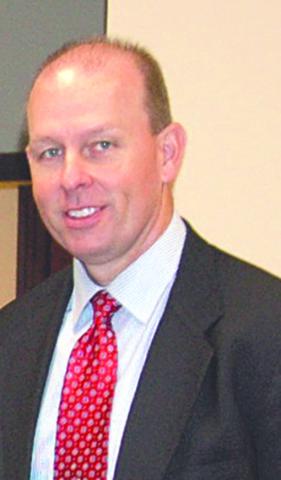 DOUBLE SPRINGS - Winston County Schools Superintendent Greg Pendley refuted allegations brought out by a concerned parent during an Aug. 27, board meeting, stressing these allegations were based on rumors and hearsay rather than fact.

“Unfortunately, we are in a day and age when people post things that are not true within social media,” Pendley pointed out, “not realizing that they are impacting not only a system or an entity  but they also impact personal lives of people.”

Bobbeth Champion, who addressed the Aug. 27, meeting of the Winston County Board of Education produced a copy of a social media post claiming alcohol consumption as well as an inappropriate relationship taking place at the school system’s central office.

Champion also produced a copy of what she claimed was a transcript of a conversation between Pendley and her employer over the issue of her being placed on the agenda to address the board.
In that conversation, Champion claims that Pendley made threats against her, noting she would be sued if she said anything that would be considered defamation of character.

“She basically indicated that there were some threats made, and if those things were interpreted as such, there’s nothing further from the truth,” Pendley responded. “My deepest apologies to whomever might have interpreted those things in that manner.

“I did not leave any sort of a message as she indicated. It was a situation where I placed a phone call, honestly trying to protect, not to threaten,” Pendley responded.

“I don’t want someone who is caught up in the moment to say something that forces me to do things I really wouldn’t want to have to do,” he added.

“I am from Winston County, and there’s nothing more that I want but the success of our system and our county as a whole,” Pendley added. “Our school system has the ability to move us into some positive areas as far as getting some things for our people, which is what we want to do.”

Concerning the allegations of alcohol and inappropriate relations at the central office, Pendley responded that, “anything that involves our personnel, whomever it might be, is something that is much like someone who would go to the doctor.

“People can’t just talk about specifics and things, but it’s unfortunate that allegations are made on hearsay and rumor, then it becomes the truth to some people,” Pendley pointed out.

“Unfortunately, in order for me to do my job and for any of us in an administrative role to do our job properly, people are going to be upset from time to time,” Pendley continued.

“With that being said, some of those people take every opportunity to run down a person, not realizing what they are doing to the entirety of our system,” he added.

“What I do know is our board and our system, try to maintain integrity within our system,” Pendley said. “That has been noted throughout my tenure.

“As far as within this office, there are a lot of allegations that are out there on a lot of different people,” he added. “It’s something that is tragic that those people would say those things about someone and them not being founded.”

Pendley said he explained the situation to board members so they would know the truth about things that are being circulated through the rumor mills during the executive session that was held after Champion addressed them with the allegations.

“Since there are no issues that have been aired inappropriately, as far as action, there is none to be taken,” Pendley said. “I wanted to be able to speak with them collectively because, obviously, something that is sent out on social media is something that all of them get to hear about.”
Anyone who makes false statements or spreads rumors, typically, has a motive of some sort, according to Pendley.

“It would all be conjecture, and I am not going to get into that,” he said. “I have my own hypothesis.

“At the end of the day, when these things happen, it takes time away from me and the board being able to be pursuant to doing our jobs, and that is running our school system, providing for our kids,” Pendley said.

At this point, Pendley said he hopes this issue can be put be hind them and the school system as a whole move forward.

“I am not going to be vindictive about things,” he said. “I am just going to continue to do my job.

“People will see, as they have already, that Winston County is going to continue to do really good things and move in a positive direction,” Pendley noted.

“I appreciate our communities and our schools, all of our people, and I think a majority of those people within our system and even in our  outlying communities have seen the growth our system has had over the past eight years.  I fully intend to continue to advance and be able to do things financially, upgrade facilities and get things for our student population,” Pendley continued.

“I am a fairly patient person, but when people make specific attacks toward me or any employee, whoever it might be, as they have a right to say that, any of our employees in any of our schools would have a right to pursue any legal action they might choose to pursue,” Pendley said.