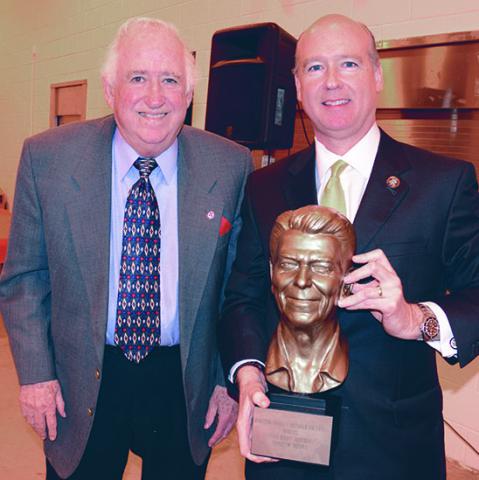 HALEYVILLE - Congressman Robert Aderholt’s father, Judge Bobby Ray Aderholt, 85, passed away peacefully Tuesday morning at home in Haleyville after a short, but brave battle with cancer.  He leaves behind a legacy of public service to the people of Alabama, but in particularly to Winston and Marion counties.

Born on December 6, 1935, to Jesse Clifton Aderholt and Ruby Elliott Aderholt, Judge Aderholt grew up in Winston County, and graduated from Haleyville High School in 1954. He pursued his undergraduate degree at Birmingham-Southern College. Thereafter, he attended the Cumberland School of Law in Lebanon, Tennessee and obtained his law degree from the University of Alabama School of Law.

As a young attorney, he joined the faculty at the Cumberland School of Law, which by that time had moved from Lebanon, Tennessee, to Birmingham, Alabama, and is known today as Samford University. It was during this time he authored, along with Professor Sam B. Gilreath, Caruther's "History of a Lawsuit,'' eighth edition.

In 1958, he married his high school sweetheart, Mary Frances Brown. They had one son, Congressman Robert Aderholt, who is married to the former Caroline McDonald and two grandchildren, Mary Elliott and Robert Hayes Aderholt.

In 1962, Judge Aderholt began serving as judge of the Court of Law and Equity in Winston County and served there until 1973. In 1976 he ran for and was elected circuit judge of the Alabama 25th Judicial Circuit.  He ran as a Republican, and won when Alabama was still staunchly Democrat.  The 25th Circuit includes all of Winston and Marion Counties. He retired in 2007 but continued to serve as a specially appointed judge in cases across Alabama.

He served the public for more than 50 years and presided over each case that came before him with integrity, and with impartiality. He is someone who had a brilliant legal mind; but most importantly, he always had compassion for all individuals, regardless of their background, level of income or social standing.

He was a man with a strong faith in Christ, who had a great love for his family and his God. In addition to his responsibilities on the bench, he was a businessman and pastored Fairview Congregational Church in Hackleburg, for 47 years.

Judge Bobby Ray Aderholt will be missed by so many, but he leaves such a rich and enduring legacy for his family and everyone who knew him.

Funeral arrangements will be announced later.