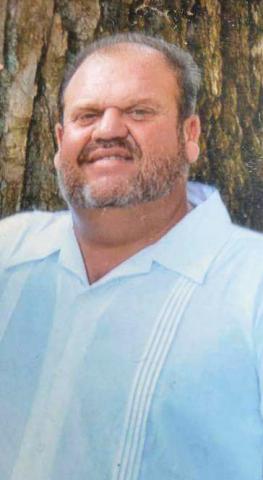 CULLMAN COUNTY   - Searches are underway for a Cullman County man who has ties to Winston County.
Jeffery Glenn Wilhite, 57, was last seen in the West Point area of Cullman County approximately Thursday, April 2.   His truck was later found parked between two chicken houses, but he was no where to be found.
Wilhite also has a lakehouse in the Houston area, but searches in the area where his vehicle were found all the way to his lake house-- a distance of roughly 40 miles--have not yielded any results, causing much concern for his family.
Wilhite was last seen on Thursday, April 2, according to his aunt, Tammy Hendrix, of Double Springs.  She told the Alabamian that family members became concerned when he did not come home that night for supper.
“They found his vehicle without him in it,” Hendrix said. “It was not locked, but the keys were missing and his cell phone was in (the truck).”
However, Wilhite’s gun, as well as a knife and tools were found in the truck, Hendrix said.
The truck was found near West Point between two chicken houses.
“It was like someone didn’t want to be found,” she said. “You wouldn’t have noticed it, until we got to looking for him because we knew where he had been working.”
The last person to see Wilhite was the man with whom he was working in a big equipment shop, family members said.
“We found tools where he had been working.  The tools had been laid down  like he had just stopped and left,” Hendrix said.
“I have been all over the lake, and we have searched everywhere in the woods, everything.  Nobody has seem him, and it has been over a week,” she pointed out. “He has a daughter and a granddaughter. He has never been missing, not like this.”
When a search was made of the lake house and property, family members found the door to the lake house unlocked, but nothing appeared to have been disturbed inside the residence, according to family members.
Also, the door did not appear to have been forced open, according to family members.
Hendrix noted that Wilhite kept the lakehouse locked when he was not there.
“He would have never left his truck unlocked and not left his phone,” said Hendrix. “It’s just so mysterious...There is no money missing from his account.”
Investigators went through Wilhite’s phone to find out the last person with whom he had made contact, according to family members.
Searches for Wilhite have been active, both on the ground and utilizing helicopters, family members said.
“Nobody has seen him or heard from him since Thursday morning (April 2) when he left to go to work and when he got to work, the person  he was working for,” Hendrix continued.
“It was a big farm.  He was doing some heavy equipment work,”  Hendrix said.
“We have been going crazy,” she said. “It’s just really strange.”
Wilhite’s truck has been impounded by the Cullman County Sheriff’s Office during the ongoing investigation, family members said.
Winston County Sheriff Horace Moore said his office has been helping with the search.

“We have been looking and searching, as well as the Cullman County (sheriff’s office),” Moore stated. “We have searched locations around Smith Lake that we were called about where he might could be.”
Those who may see a person matching Wilhite’s description or know of his whereabouts are asked to please contact the Cullman County Sheriff’s Office at (256) 735-2425 and leave a message for investigator Philip Harris, or call the Winston County Sheriff’s Office at (205) 489-2115.