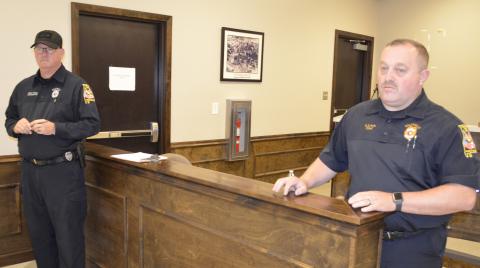 Haleyville Police Chief Rodney Lewis, right, and Investigator Eddie Collins talk to residents at the first Community Watch meeting about the urgency of the new program.