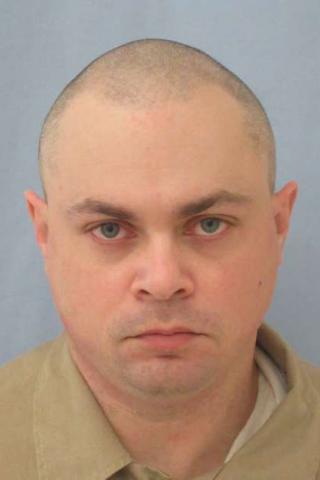 TISHOMINGO, MISS.       - A 33-year-old Haleyville man, who law enforcement believe accidentally shot himself at a Highway 13 residence last November, has been at large since escaping from UAB Hospital - until a Jan. 12 traffic stop found him with a large supply of drugs.
A bulletin had been placed for statewide law enforcement to be on the lookout for Damion Taylor Gruenberg, of 74 Kidd Road,  when he was stopped by the Tishomingo County Sheriff’s Department, to whom he at first gave a false name, according to Winston County Sheriff’s Chief Deputy Jacob Eward.
The vehicle at the traffic stop was driven by Gruenberg, as Tishomingo County authorities contacted Eward, needing a current picture of Gruenberg, in order to make a positive identification, authorities said.
Eward sent Tishomingo County officials the picture, and officials at the scene of the stop also found a credit card in Gruenberg’s wallet that contained his name, law enforcement noted.
Tishomingo County officials not only verified the warrants against him but also searched the vehicle Gruenberg had been driving, finding a large amount of drugs, enough to charge him with three additional counts of trafficking, law enforcement said.
Gruenberg was also possession of a stolen firearm, a SCCY CPX-1 pistol, that was reportedly stolen from a residence on County Road 32 in Double Springs, according to Eward.
Eward has since been in contact with Tishomingo County investigators, and will go with Investigator Josh Bennett to Mississippi, in order to interview Gruenberg at the Tishomingo County Jail and recover the firearm stolen from Winston County, Eward explained.
“Gruenberg will face extradition to Winston County upon his release from Tishomingo,” Eward pointed out.
The Jan. 12 traffic stop marks the first time since November that Gruenberg has been found by law enforcement to be in possession of a large amount of drugs, authorities said.
On Nov. 13, Eward and Investigator Josh Bennett responded to a residence on Highway 13 in the Lynn area on the call of a shooting, arriving to find the victim, Gruenberg, had already left the scene, according to Eward.
Witnesses at the scene informed law enforcement that Gruenberg had accidentally shot himself in the left hand while messing with a Taurus G3C pistol that accidentally discharged, Winston sheriff’s officials said.
Gruenberg had already been transported from the scene in a private vehicle, when the Winston sheriff’s office arrived at the Highway 13 residence, Eward said.
The  private vehicle transporting Gruenberg for medical treatment was intercepted on its route to the hospital, by the Walker County Sheriff’s Office on Interstate 22 around the area of Highway 13, according to law enforcement.
The driver of the vehicle had called 9-1-1, with Walker County picking up the call in that area, law enforcement officials said.
Gruenberg was transported from that point by medical officials for further evaluation at UAB, Birmingham, while the driver of the private vehicle that had been transporting him was accompanied by Walker County to the Highway 13 residence where the shooting had occurred, Eward indicated.
Through investigation conducted at the scene, law enforcement learned that Gruenberg had pulled up to that residence in a red Chrysler vehicle, which was still sitting in the carport, Eward added.
A search of the car found 1.1 ounces of Fentanyl, two pounds, five ounces of methamphetamine, 15.2 ounces of marijuana and several assorted prescription pills, all found in various bags, according to Eward.