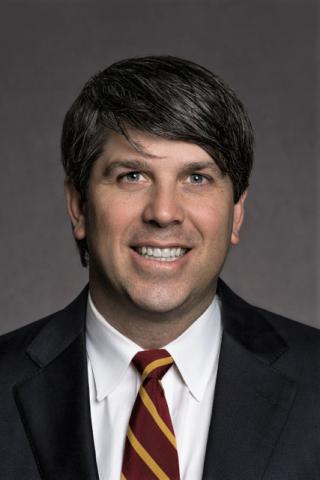 Created in 2014, the Alabama Small Business Commission is an appointed group of small business owners and legislators who are tasked with advising the governor and state legislature on economic policy as it relates to small businesses.

“Small businesses are the backbone of Alabama’s economy — as of 2017, Alabama is home to over 382,000 small businesses and 47 percent of Alabamians are employed by a small business. It’s an honor to be named to the commission, and I look forward to working with other commission members to identify new ways to make the process of starting and sustaining a business easier and more efficient,” Gudger said.

Rosemary Elebash, state director for the National Federation of Independent Businesses (NFIB) and past chairwoman of the Alabama Small Business Commission, praised Gudger’s work in the State Senate.

“For example, Stone Bridge Farms in the Cullman area had a conflict with a state agency — the Department of Revenue was overstepping its boundaries and trying to force Stone Bridge Farms to pay taxes beyond what the law required. Stone Bridge Farms contested the additional taxes,and won its case. Senator Gudger sponsored and helped pass a law this session codifying the ruling into law, making it clear that Alabama’s lodging tax only applies to overnight lodgings and cannot be applied to the rental of wedding chapels and banquet rooms,” Elebash concluded.

Gudger owns and operates Southern Accents Architectural Antiques in Cullman and is the founder and producer of the Southern Makers Festival, an annual two-day showcase in Birmingham for woodworkers, artists and potters from around the South.

Learn more about the Alabama Small Business Commission by visiting its website: atlasalabama.gov