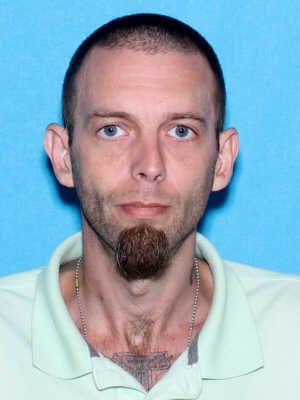 BIRMINGHAM – A federal grand jury on Thursday, Feb. 27, indicted an Addison man for being a felon in possession of a firearm, announced U.S. Attorney Jay E. Town and Bureau of Alcohol, Tobacco, Firearms and Explosives Special Agent in Charge Marcus Watson.

A three-count indictment filed in U.S. District Court charges Preston Chyenne Johnson, 37, of Addison, with being a felon in possession of a firearm.

According to the indictment, Johnson, who is prohibited from having a firearm because of prior felony convictions, is accused of unlawfully possessing an Anderson AM-15 5.56mm rifle on October 31, 2019, a Norcino Mak90 7.62mm rifle on February 4, 2020, and a Glock Model 19 9mm pistol on February 5, 2020.

“Violent convicted felons with firearms will answer to federal charges in the Northern District of Alabama,” Town said.  “We are indebted to the brave law enforcement officers who put themselves in harm’s way to ensure that this violent criminal was brought to justice.”

This case is part of Project Guardian, the Department of Justice’s signature initiative to reduce gun violence and enforce federal firearms laws. Initiated by the attorney general in the fall of 2019, Project Guardian draws upon the department’s past successful programs to reduce gun violence; enhances coordination of federal, state, local and tribal authorities in investigating and prosecuting gun crimes; improves information-sharing by the Bureau of Alcohol, Tobacco, Firearms and Explosives when a prohibited individual attempts to purchase a firearm and is denied by the National Instant Criminal Background Check System (NICS), to include taking appropriate actions when a prospective purchaser is denied by the NICS for mental health reasons and ensures that federal resources are directed at the criminals posing the greatest threat to our communities.

The United States Attorney’s Office has prosecuted this case with support from the following Project Guardian partners: Bureau of Alcohol, Tobacco, Explosives and Firearms. For more information about Project Guardian, please see: https://www.justice.gov/projectguardian.

The maximum penalty for being a felon in possession of a firearm is 10 years in prison and a $250,000 fine.

An indictment is merely an allegation and the defendant is presumed innocent until proven guilty beyond a reasonable doubt.