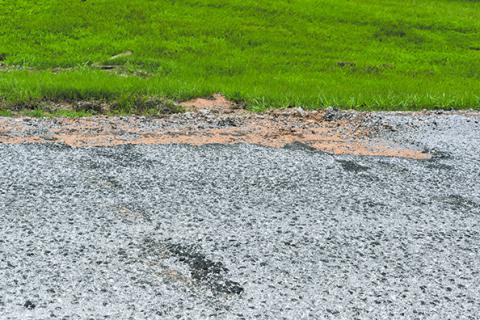 A 1,200 foot section of County Road 8 will be fixed before striping. The road will be complete at this point.