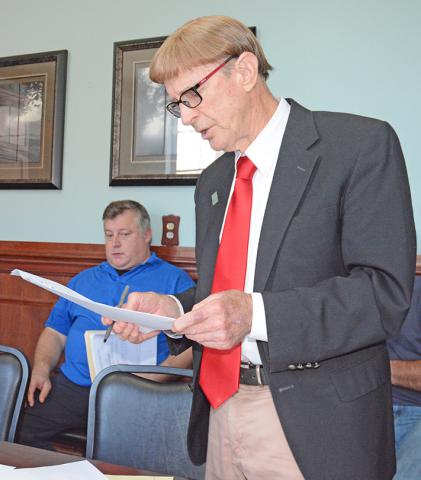 Hobby Manasco, attorney for the Winston County Commission, explains the need for commissioners to approve a resolution based on the recently received Attorney General’s opinion.